“Love it or hate it the Bung is going to allow you to catch more fish no matter where you cast a fly, now, who wouldn’t want that!”

The Bung, or sight indicator, is a method that some angler’s love and others seem to loathe, whatever your thoughts though it’s something that should be part of your fishing armoury.

There are some who talk of the negatives with this method, you know who you are!

However, having seen fishing at a high level, the Bung is far from chuck it and chance it, like everything in fly fishing there’s a skill set that must be learned.

Whatever your take on it, there’s no doubting its effectiveness.

An orange leaded Blob was the downfall of this rainbow, suspended three feet under the Bung!

Steve Schweitzer was the man that brought the sight indicator or Bung to the fly fishing community. His original use for it was for targeting fish feeding on the riverbed with various heavy nymphs. It’s still a lethal method that’s used frequently for river fishing (the best exponents here in the UK being three individuals with the surname Dixon, take a bow you’ve set the standrad high) they are ridiculously skilled in this style of fishing.

But it’s on stillwaters that the Bung reigns supreme and like any method its effectiveness should be measured by the amount of anglers who now use it, practically everyone!

The original indicator was just a piece of wool tied on to the leader, still used today an efective it is too, but with the onset of competition fishing Bungs have been adapted by the angling fraternity and now we have them in all manner of guises, lumps of foam to CDC emergers, okay, okay, maybe not emergers but loads of CDC lashed to a hook, happy now?

They can be made with several materials, but each must sit or ride high on the surface of the water, buoyancy after all is the key, most guys use shaped ethafoam or plastazote, it’s durable and can be shaped easily.

What Are We Looking To Achive

RThe whole aim of the exercise is to present your flies static in the water column. In a nutshell, the Bung allows anglers to find the depth at which the trout are feeding at, and then present their offerings time and again in that band of water!

A trout cruising along, sees the fly, likes the look of the tasty morsel hanging there, and it inhales it. This is registered on your Bung at the water’s surface, either with it dipping under the water or by moving in any unnatural way. Now, here’s the key, try not to strike, lift the rod into the fish, striking will see many a snapped line, be delicate not brutal. Lift into the fish gently, just pull the line and lift the rod tip and you should increase your hook up rate no end.

With the Bung, you must be careful, there are times when fish hook themselves as they tear into the fly being offered suspended mid water, don’t strike! On other occasions, the Bung merely trembles, pushing out small ripples barely noticeable, the takes vary, and you need to be dialled in to each, if you’re not, your missing fish or getting snapped, it’s a fine line!

Don’t strike. just lift the rod into the fish and you won’t go far wrong.

Convention’s Gone Out The Window

Conventional indicator fishing is conducted with a floating line and anything from one to three Buzzers or Nymphs suspended below the buoyant indicator at various depths, usually, 3ft, 6ft and 9ft, covering the water column.

But more recently we have seen sizeable Bungs being used to hold up larger flies, like lures or weighted patterns on our smaller stillwaters. These LURES fished under a Bung can be as deadly, more so, than the usual smaller imitative flies, the curiosity gene is strong in trout! Try flies like, leaded Blobs, White and Black Rabbits, Damsels and dare I say it, Squirmies!

Yes, you can literally fish anything under the Bung, we should hang our head in shame.

That’s just some BUNG basics, Bung 101 if you like, there far more to it, have you tried the rerevese bung yet? More of this another time, I bet you can’t wait.

Wrapping up, I get the fact that that the Bung often makes people feel that they aren’t really fishing, it’s more like standing there and just waiting for the float to go under, can’t argue with that, it often is, BUT, as mentioned there’s more to it and  on it’s day there’s nothing that will beat this style of fishing!

I’ll leave you with this..

An angler came up to me once, “You’re catching an awful lot of fish, how mant have you caught and what on earth are you using?”

“I’ve had over a dozen, I’m fishing a weighted Orange Rabbit, a couple of feet under the Bung, how about you, are you catching” I replied.

His face showed shock and revultion, “I’ve had one, but I caught it on a size 18 semi-emerging Pond Olive” and with that he strode of in the huff!

A grown on reservoir rainbow, take with the aid of an indicator, don’t knock it, try it! 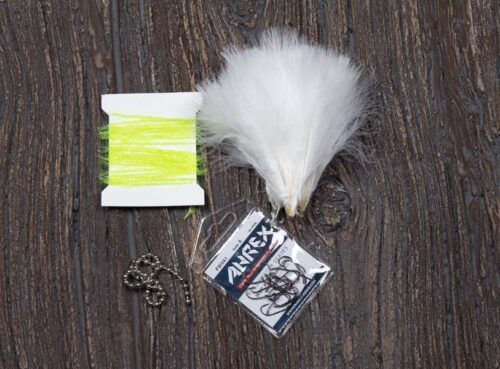