The Cat’s Whisker, Step By Step

Our NEW Funky Fly Kits feature all the materials that you’ll you need to create your own ‘essential patterns’!

First up, The Cat’s Whisker!

For our first kit we look closely at what we think is the most popular stillwater lure out there, the devastatingly effect Cat’s Whisker!

Now, this fly needs very little in the way of introduction, anyone that has held a fly rod here in the UK, has heard of its fish-catching abilities!

The Cat has been responsible for the downfall of trout the length and breadth of the country, from the top of Scotland down to the southern stalking waters. To this day even it continues to be most people’s first choice when it comes to stillwater work. It still weaves it’s enticing magic on trout, no matter where it swims.

The original pattern created back in the early 80’s by David Train, was a mini lure, one that was indeed tied with some of Cat’s Whiskers in the tail, the thinking behind the stiff hairs was to stop the tail and wing wrapping around the hook. Thankfully, the addition of feline facial hair went out the window pretty damn quick and everyone was soon singing the praises of this simple yet highly effective stillwater lure.

The fly features a marabou wing and tail and some additional chain bead-eyes just behind the eye of the hook. The whole point of the bead chain eyes is to give weight so that the fly ducks and dives during the steady pull, pause of the angler’s retrieve. This mimics the startled movements of juvenile fish, which can be very enticing to both rainbows and brown trout

This pattern can be used all year round, but we feel it excels when the water is COLD, from late October through to April. Some anglers prefer to fish the fly with a shorter or longer marabou wing and tail, it all depends on the type of water that they are fishing.

We’ve kept ours somewhere in the middle! 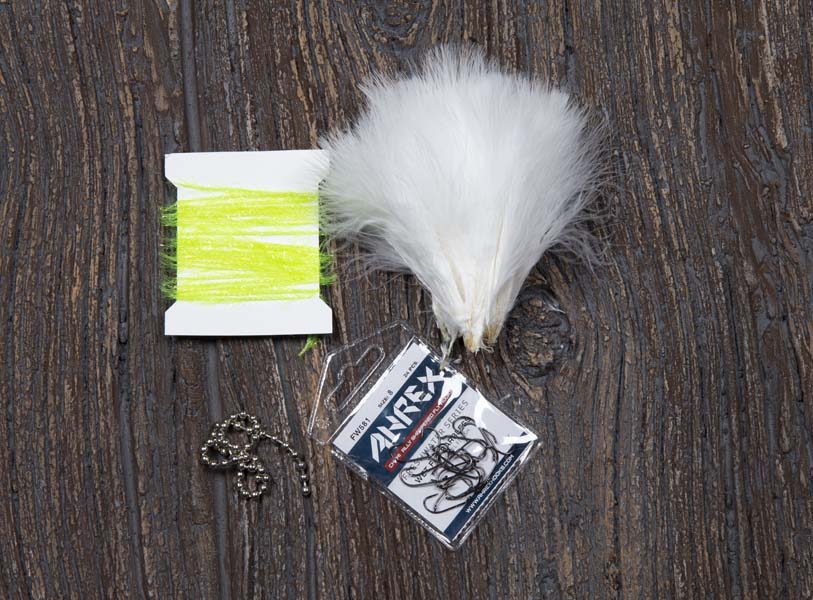 1. Place the hook into the jaws of the vice giving yourself plenty of space to work with, run on the tying thread and build up a working area behind the hook eye. 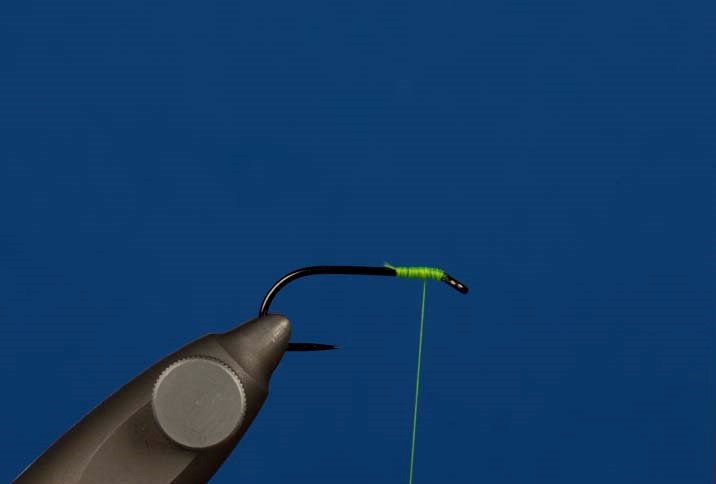 2. Once the eyes are straight and locked in, you can use additional glue if you wish, run the thread down and back up the body creating a base. 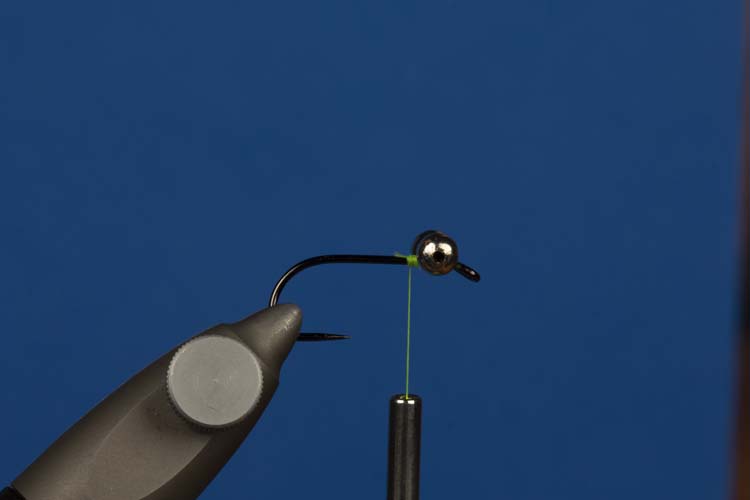 3. Once the eyes are straight and locked in, you can use additional glue if you wish, run the thread down and back up the body creating a base. 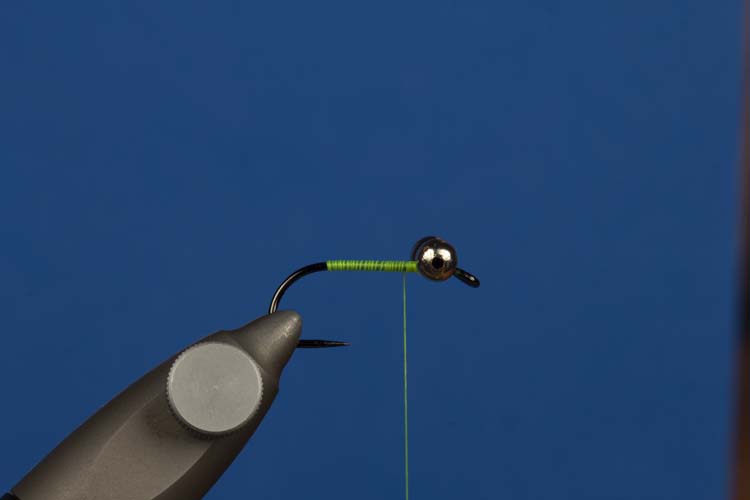 4. Prepare the marabou and cut the stub ends flush, so you have a neat edge to work with, tie in behind eyes and bed down the length of the body.

5. Tie in the Crystal Hackle at the rear and wind up in neat touching turns stopping a little behind the eyes and secure, don’t cut! 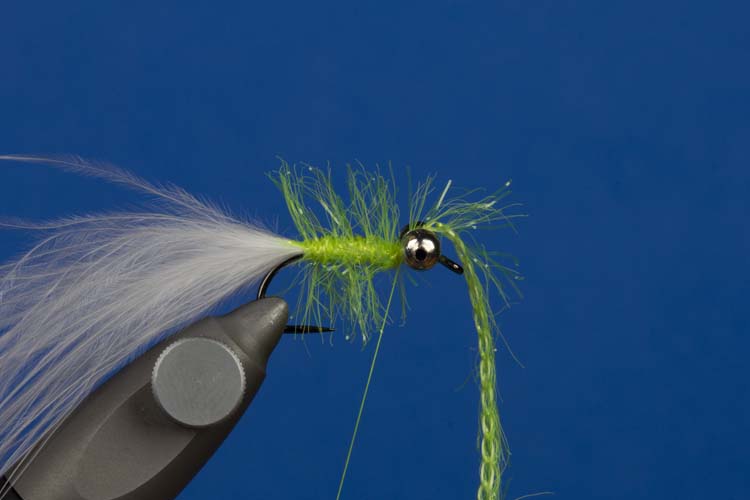 6. Now come in with some more white marabou again with a clean edge and tie in behind the eyes and build a little area with the thread. 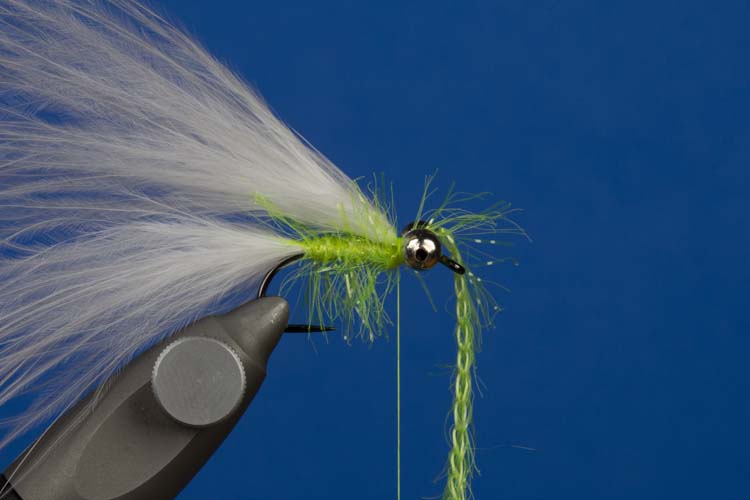 7. Come over the area with the hackle, so you’ve covered this area up behind the eyes. Now, wind round the eyes once in a figure-of-eight wrap, secure hackle and trim waste. 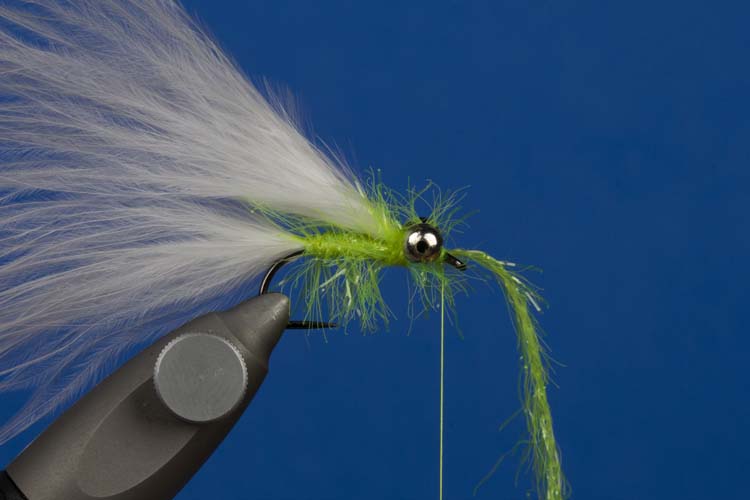 8. Tie off with neat thread wraps and whip finish and varnish. 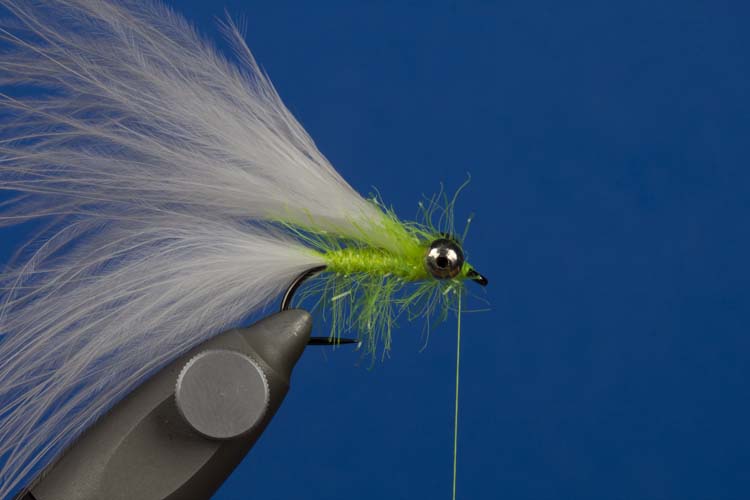 9. Using your thumb and forefinger (NOT SCISSORS) tear the marabou wing and tail to your chosen length. 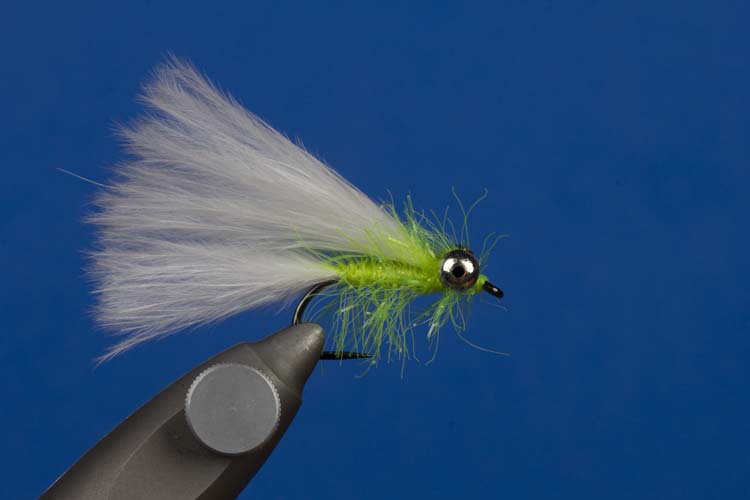